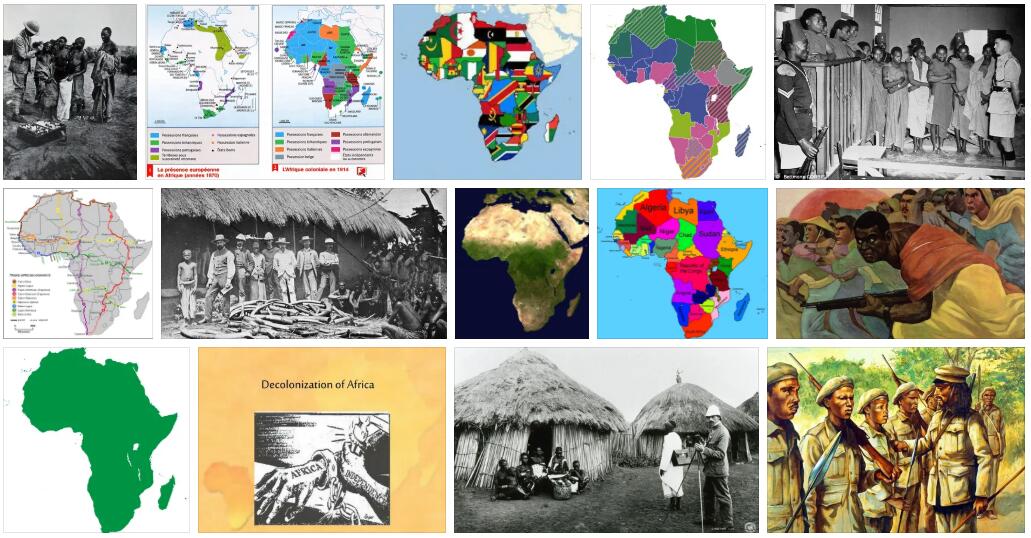 The controlled decolonization of Africa began only after World War II. One of the foundations was that the education system was greatly improved after 1945. Then more and more Africans received higher education in Europe, especially in the UK and France, partly in Portugal and some in the USA. After 1945, many soldiers, who had fought in the European armies both in Africa and in Europe, also returned home. In the British or French army, they had experienced than some equal treatment with their European fighting brothers. Now they reacted to the discrimination they experienced upon returning to the colonies, where the rights had been related to skin color.

Increased education and greater contact between people from different colonies contributed greatly to discussion and awareness – and to the organization of both national and multinational movements for political liberation. Gradually, a Pan-African movement emerged, with a philosophy still alive. This was not least developed in the meeting between blacks from Africa and America – in the US and Europe.

Already in the interwar period, a number of African politicians had contact with the black freedom movement in the United States, and several of the leading American thinkers and activists had a major influence on the political and ideological development of African nationalism, notably Marcus Garvey, William EB Du Bois and George Padmore – the last ones of which were originally from the Caribbean. In French Africa, Caribbean intellectuals, especially Frantz Fanon and Aimé Césaire, both originally from Martinique, also had a great influence.

A number of Pan-African congresses were held in Europe from 1919, the most important in the mid-1940s in the United Kingdom. During these meetings, African leaders such as Kwame Nkrumah (Gold Coast, later Ghana), Isaac Wallace-Johnson (Sierra Leone) and Jomo Kenyatta (Kenya) met. Several of the leading nationalists from French Africa participated in the political and intellectual life in France, including Léopold Sédar Senghor of Senegal and Félix Houphouët-Boigny, where the so-called négritude movement grew – also in collaboration with Caribbean thinkers.

In the 1950s, several colonies gained internal autonomy. Kwame Nkrumah became prime minister of the Gold Coast in 1952 after his party won national elections, and in 1957 the Gold Coast became the first sub-Saharan African colony to become independent under the name Ghana. See Countryaah. In 1954, the Federation Nigeria was established and Nigeria became an independent state in 1960. While the United Kingdom from 1948 actively started the decolonization process, France’s attitude was another. France regarded its overseas possessions as permanent and worked for the colonies to be assimilated with France.

French West Africa was the largest part of the French colonial empire, and in 1946 a common political party was formed by nationalists from various parts of this unit, the Rassemblement Démocratique Africain (RDA), which played a key role in the decolonization of French Africa. From 1946, French West Africa became part of the Fourth French Republic. Several prominent African politicians were members of the parliament and government of Paris; Ivory Coast’s later President Félix Houphouët-Boigny, for example, sat in five successive French governments of 1956.

When General Charles de Gaulle took over as president of France in 1958, he wanted the overseas territories to be autonomous parts of the French federation. The colonies were asked to choose participation in “la community” or independence. In Guinea, a clear majority of the voters, led by Ahmed Sékou Touré, elected independence, and the country became independent in 1958. The other colonies entered the Commonwealth, but became independent in 1960.

Egypt had formally become independent in 1922, but really only after the officers’ coup in 1952. Egypt was then an important support for the struggle for independence in a number of African countries, primarily in North Africa. Similarly, Ghana’s independence in 1957 was a source of inspiration in sub-Saharan Africa. In April 1958, the independent African states, except the Union of South Africa – ie Egypt, Ethiopia, Ghana, Liberia, Libya, Morocco, Sudan and Tunisia – met for a pan-African conference in Ghana’s capital Accra. There were also nationalist leaders from a number of colonies, including Patrice Lumumba from Congo and Tom Mboya from Kenya.

The Accra Conference decided that all African states should become involved in the continent’s common liberation. And now things went fast. In 1960, which was later called “the year of Africa”, as many as 13 French colonies gained their independence. Britain gave up British Somaliland and Nigeria, and Belgium gave up Congo. For the next three years, the vast majority of the remaining British and French territories and colonies followed. Towards the end of the decade, some Portuguese territories, South Africa and its South West Africa (Nambia), Rhodesia and Spanish Western Sahara territories were still subject to European or minority rule.

In 1963, the Organization of African Unity (OAU) was formed. In the ensuing decades, it was the one who would overlook a new era for development in the newly independent states, pushing for the establishment of majority rule in the remaining colonies and states with minority rule. 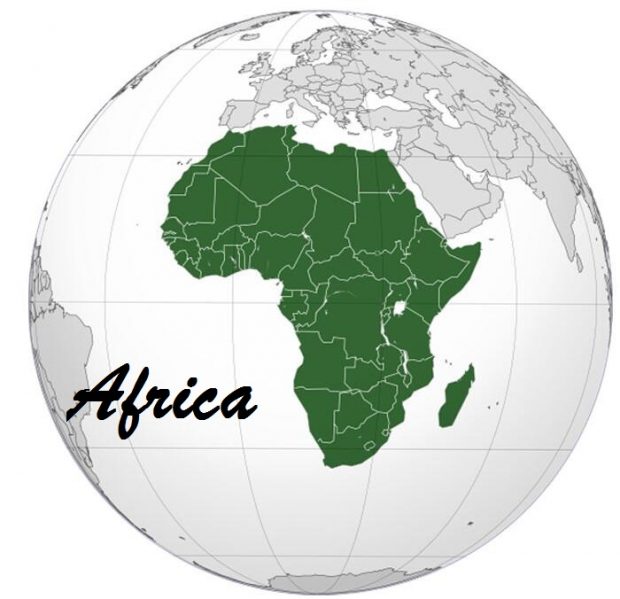 At the turn of the 1800s and the following decades, the rate of change in African history increased in many places. Napoleon invaded Egypt, and the French launched an intensive modernization campaign. This was accomplished in some respects during the first half of the 19th century by Egypt’s new ruler Muhammad Ali, with less success by his successor. But the opening of the Suez Canal in 1869 marked the country’s definitive entry into the hot zone of imperialist world politics. In Maghreb, France broke through in 1830 through the conquest of the city of Alger, which was the beginning of many decades of war, which never made Algeria truly French.

Throughout Muslim North Africa, counter-movements against Western modernism arose in French or Muhammad Ali-inspired figures: revival movements such as the Wahhabis and the Sanusians, a beginning of an ongoing Muslim power gathering.

As an offshoot of this movement, one can consider the holy war of the Fulani people, who from the end of the 18th century built up a West African caliphate in the northern part of present-day Nigeria.

Muslim rulers and interests were expansive even in East Africa. At the beginning of the 19th century, Zanzibar’s Arab army moved its headquarters to the island and intensified the economic penetration of the country within. The Kommersen soon reached as far as Buganda and other kingdoms by the great lakes. Thus, new impulses also followed politically and religiously. Occasionally, slave and ivory traders with an attachment to the coast organized formal states deep within present-day Congo (Kinshasa) and Zambia.

The country south of the Limpopo River was at the beginning of the 19th century a witch cauldron of wandering and warring people groups. Out of the jumble, the Zulu people under King Shaka emerged and feared as warriors. To the turmoil, a large number of Boer farmers from the Cape Colony, about 1830, broke away from their homes, which had come under British rule during the Napoleonic Wars, to find new refuge in the interior of Africa. They happened in bloody battles with, among other things. the Zulu and annihilated less resilient African peoples. The established republics (Transvaal, the Orange Free State), where the ideological foundations of modern apartheid policy were laid.

From the end of the 18th century, the Western European maritime trade nations with Great Britain transitioned from slave trade to anti-slave trade campaigns. In fact, the new program, often presented as a work to “civilize Africa,” led to deeper engagement in West Africa’s business. Instead of slave traffic, trade in other African products (palm oil, peanuts, rubber, etc.) had to be organized, which led to the need for new support points for both the slave-fighting warships and the trade inland. Conflicts with trading African states and cities followed, e.g. with the mighty ugly kingdom.

Far within the coasts of central Europe unknown to Europe, at the same time, a multitude of explorers, with men like Livingstone and Stanley at the forefront, were “opening Africa for trade and civilization”. The Christian mission was at work in the south, east and west.

Around 1880, this gradual penetration turned into a formal race between European powers over African colonies and areas of interest. Britain’s intervention in Egypt to quell a xenophobic rebellion against the Kedives, the discovery of diamonds and gold in South Africa, Stanley’s journey along the Congo River, which seemed to open throughout central Africa, were some of the incentives for this rush.

Africa was cut up almost entirely. Only Ethiopia and Liberia remained as independent islands in the sea of ​​colonialism. On the other hand, European control did not become effective until a paragraph into the 20th century. African rulers and peoples made active and passive resistance, and the new regimes in many places suffered severe repression, not least in connection with the Boer War of 1900, a civil war among the whites in Africa.

Only during the interwar period did colonial powers provide opportunities to replace military expeditions and predatory activities by private companies (such as the scandalous exploitation of resources and people in the Belgian Congo) with more long-term policies. Then, to some extent, an infrastructure was built for a more modern business: railways, ports, ponds. Tropical Africa passed North and South Africa as an exporter to the outside world (copper, coffee, etc.). With the support of the state, the Christian mission built up a teaching system, from small school to university, and at least a rudimentary health care system.

Africa may also have received from the colonial period a somewhat greater measure of inner peace (but became one of the scene of two world wars) as well as its current state borders, possibly an advance towards the great divide in the petty kingdoms in many places during earlier stages. But often the boundaries were arbitrarily drawn and separated what should have been united. On the whole, the colonial regimes, of course, favored Western interests, as did some African minorities. Colonialism, on the other hand, was an obstacle to a more natural and more comprehensive African development.