In the centuries leading up to the middle of the 19th century, Togo was at the intersection of rival influences from the powerful Ashanti kingdom in the west and Dahomey (now Benin) in the east. In the 1840s, German missionaries arrived in the area and later also merchants. In 1884, German explorer Gustav Nachtigal, on his government’s behalf, signed a treaty with the King of Togo and other local rulers on German patronage over a narrow strip of land along the coast. Germany’s protectorate over Togoland, as this area was named, was then recognized by the Grand Powers at the Berlin Conference of 1884-85, and its boundaries were set during the following decade through agreements with the United Kingdom and France. On the German side, it was sought to transform Togoland into a design colony through a purposeful investment in plantations for the production of palm oil, cocoa, cotton, etc. In addition, railways were built inland and harbor facilities (including in Lomé). German colonial rule, however, was hard, and forced labor was applied. See abbreviationfinder for geography, history, society, politics, and economy of Togo. 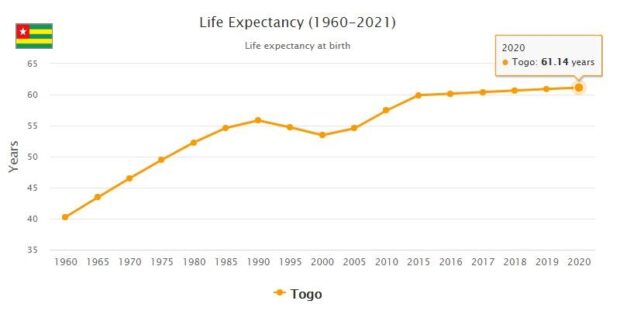 After the outbreak of the First World War, Togoland was occupied by British and French forces. Through the 1919 Versailles Peace, Germany renounced its colony, which was placed under the NF and a few years later was divided into two mandate areas. The British were given responsibility for a smaller part in the west, while the French took care of the eastern part and the coastal area. From 1946, Britain and France administered Togoland as trustee areas on behalf of the UN. Following a 1956 referendum in British Togoland, the area was incorporated with the British Crown Colony Gold Coast, which in 1957 under the name Ghana became an independent state within the Commonwealth. A simultaneous referendum in French Togoland resulted in the population there preferring autonomy within the framework of the French Union (later the French Commonwealth); In 1960, this country became independent under the name Togo.

Togo’s history after independence has been characterized by regional imbalances and major cultural differences between the poor northern part and a richer southern part. A number of military coups and coup attempts have taken place. The country’s first president was assassinated in 1963 and his successor was ousted by Army Chief of Staff Étienne (later Gnassingbé) Eyadéma. He took over the presidential office in 1967, disbanded the then political parties and then ruled Togo with an iron hand. For many years, Eyadémas Rassemblement du peuple Togolais (RPT) was the only legal party in the country. However, after various opposition groups came together, Eyadéma was forced to accept a restriction on the president’s powers and transition to multi-party systems. With the help of the army, however, he managed to maintain his and RPT’s power holdings. A democratic constitution was adopted in 1992 and approved in a referendum. Despite this, Eyadéma succeeded – among other things. through electoral fraud – fight for victory in the 1993 presidential election. In this post, he then systematically favored his own party, RPT, and divided the opposition. His attempt to thwart democratization had drawn him to the outside world, and virtually all aid from the EU and the United States had been suspended.

The 1998 presidential election was extremely violent. The UN and the OAU accused the security forces of killing hundreds of opposition supporters. Nevertheless, the preliminary results showed that the challenger Gilchrist Olympio had won. He is the son of Togo’s first President Sylvanus Olympio and lived in exile until shortly before the election. Nevertheless, Eyadéma was proclaimed victor, which led to the opposition boycotting the parliamentary elections in 1999. France signed an agreement on new elections in 2000 under the leadership of an independent election commission. At the same time, Eyadéma promised to resign when his term expired in 2003. However, the deal was sabotaged by the regime-loyal parliament, which passed a new law that presidential candidates must have lived in Togo for at least a year before the election. This excluded Gilchrist Olympio, who was living abroad. The promised free and honest parliamentary elections were postponed in several stages due to disagreement over the procedure and were not carried out until October 2002, boycotted by the opposition. Since the RPT received 72 of the 81 seats, Parliament changed the constitution so that Eyadéma could stand for re-election several times. In Olympio’s absence, Eyadéma then easily won in the 2003 presidential election, after which he appointed his son Faure Gnassingbé as minister.

The EU decided in the autumn of 2004 to resume certain aid projects after the regime again promised free elections, but before the promise came to fruition, President Eyadéma died in February 2005, after which his son was appointed president with military support. Parliament retroactively amended the constitution to make the change of power legal. However, the reactions in the outside world became very strong. Both the West African cooperation organization ECOWAS and the African Union condemned the change of power as a coup and imposed financial sanctions on Togo before Faure Gnassingbé found it too good to step down. At the April 2005 election, Faure Gnassingbé was re-elected president; he was re-elected in 2010 in an election that was in principle approved by international observers. During Gnassingbe’s time in power, a cautious democratization process has begun.Union des forces du changement (UPC). However, reconciliation attempts have met resistance among certain groups in society; President’s half-brother Kpatcha Gnassingbé was sentenced in 2011 to 20 years in prison for an alleged coup attempt in 2009. The outside world, however, has reacted positively to developments in the country; Assistance has been resumed, large portions of foreign debt have been written off and in 2011 Togo was elected to the UN Security Council on a two-year mandate in 2012-13.

Gnassingbé dissolved RPT in 2012 and instead formed Union pour la republic (UNIR), which received 62 out of 91 seats in the 2013 parliamentary elections against 19 seats for the newly formed Collectif sauvons le Togo (CST). Gnassingbé has shown no interest in limiting the number of permitted terms for the president again, but on the contrary voted in the 2015 election, in which he won 59 percent of the vote, a result questioned by the second of the elections, Jean-Pierre Fabre.