Cartographic sources show that Arab mariners were the first visitors to the then unpopulated island of Mauritius sometime before the 16th century. In the 16th century, Portuguese rose. During the 17th century, the Dutch tried to colonize the island without lasting success, called Mauritius after the governor Moritz (Dutch Maurits) of Orange. First with French colonists from 1715 Mauritius, by the French called Île de France, got, a resident population, soon expanded with imported slaves from Africa and Madagascar as workers on the sugar plantations. As a result, there was also a Creole mixed population with a Creole French as a language. In 1810, Britain conquered the island, and when slavery was abolished in 1835, imports of Indian potatoes to the sugar plantations began. Up to 1909, when the system was abolished, nearly half a million workers were introduced. Particularly among the numerous Indian population from the 1930s, a workers’ party, the Mauritius Labor Party (MLP), was recruited by Seewoosagur Ramgoolam. When Mauritius gained greater autonomy in 1948, other groups, including French-Mauritians, Creoles and Indian Muslims, also organized themselves.

In 1968 Mauritius was proclaimed an independent member of the Commonwealth with a constitutional monarchy. Ramgoolam was at the head of changing coalitions until 1982. The fiercest opposition came from the left-wing Mouvement militant Mauritius(MMM), which was inspired by the youth revolt in the US and Europe in 1968 and who, together with other socialist groups in 1982, took over the government power under Anerood Jugnauth. Regardless of the change of government, Mauritius pursued a Western-oriented foreign policy with good relations even with the apartheid regime in South Africa. In 1992 Mauritius became the republic with Cassam Uteem (MMM) as president, while Jugnauth continued as prime minister. Cracks within the left government led Ramgoolam to regain government power in 1995 in a collaboration between MLP and MMM, after which the left alliance was re-formed and re-triumphed in the 2000 parliamentary elections, when Jugnauth once again became prime minister. See abbreviationfinder for geography, history, society, politics, and economy of Mauritius.

In the aftermath of the terrorist attacks in the United States in September 2001, the government in February 2002 passed a controversial anti-terror law, since the president and then the vice president resigned rather than sign the law, which finally came into force after being signed by the Supreme Court President. The anti-terror law was rejected by the opposition, which considered it to give the authorities unduly large powers and violated the civil rights. In accordance with the 2000 government deal, Jugnauth resigned as prime minister in October 2003 and was elected president, with MMM leader Paul Bérenger becoming prime minister, the first French-Mauritian in that post. However, the July 2005 elections resulted in a change of government, since the MLP and allied parties that went to elections under the name Social Alliance (Alliance Sociale, AS) received a clear majority. Navin Ramgoolam was appointed new Prime Minister.

Ahead of the 2010 parliamentary elections, MLP, together with, among other things, formed the MSM Future Alliance (l’Alliance de l’Avenir), which won by 41 out of 62 seats, which meant that Ramgoolan continued as prime minister. A controversy in connection with a corruption scandal in 2011 prompted MSM to leave the alliance and in 2012 re-enter cooperation with MMM. In the same year, Ramgoolan accused President Jugnauth of interfering with the government’s work and, after pressure, left Jugnauth to take charge of the MSM-MMM alliance instead. Vice President Monique Ohsan-Bellepeau took over as president before Rajkeswue Purryag in July 2012 was elected new president. Purryag resigned in 2015 after the MSM-led Folk Alliance (Alliance Lepep) won the parliamentary elections in December 2014. Jugnauth then returned as prime minister and in Purryag’s place Ameenah Gurib-Fakim ​​was elected president and thus became the first woman elected to the office in Mauritius.

In 2008, the rules of law in the British Supreme Court ruled that the approximately 2,000 people who were forced to leave the Chagos Islands in 1967-73 cannot return, despite a London Court of Appeal in 2007 affirming their right to do so. The matter has gone to the European Court of Justice in Strasbourg. In 2012, Prime Minister Ramgoolan filed a lawsuit against the International Maritime Court in Hamburg on the grounds of Britain’s plans to make the Chagos Islands a marine reserve. In June 2010 Mauritius and France signed an agreement to jointly manage Tromelin, an island that both Mauritius and Madagascar claim. 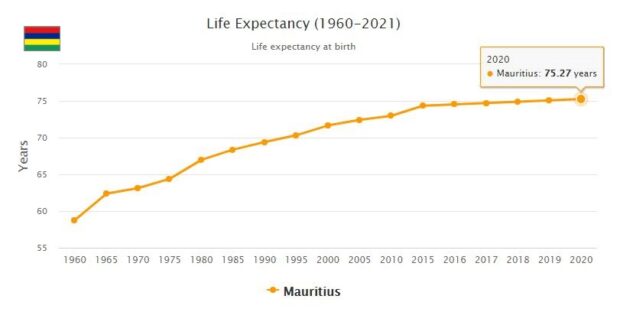