During the second round of presidential elections on January 16, 2000, Kumba Yalá of the populist PRS party was elected president with 72% of the vote. During the first round of elections on November 28, the PRS had obtained 38 seats out of Parliament 102, while the Resistencia de Guinea-Bissau-Movimiento Bafatá (Guinea-Bissau Resistance – Movement Bafatá) came in second place. These two parties formed government and Caetano N ‘Tchama was appointed new prime minister. See abbreviationfinder for geography, history, society, politics, and economy of Guinea-Bissau.

In November, General Mané declared himself head of state and tried to conduct a coup, but he, along with eight of his associates, was killed in a fighting with government forces in the village of Quinhamel 30 km from Bissau.

The Bafata movement, which was the second largest group in parliament, withdrew from the coalition government in January 2001. In May, both the IMF and the World Bank suspended their payments to the country when it was revealed that several million US $ for development projects had disappeared. In September, Yalá fired the President of the Supreme Court and 3 other judges, and in November he fired his Foreign Minister who had criticized him. In December, Prime Minister Faustino Imbali was fired on allegations of coup attempt.

In November 2002, Yalá dissolved parliament and declared that he would print new elections in February 2003.

After not being paid for one year for 80 years, in May 2003, 80% of public servants went on strike, which led to the closure of hospitals and schools as well as electricity and water cuts.

A week after Yalá postponed the elections for the 4th time, General Verissimo Correia Seabre conducted a military coup on September 14, 2003, which did not meet any significant resistance. The coup was condemned by the UN and by the African Union, but did not face opposition from the country’s population who were tired of economic instability and economic chaos. The majority of the population had to survive for 50 US cents a year. day.

On September 23, the military junta appointed a transitional government to lead the country to the subsequent elections: parliamentary elections scheduled for March 2004 and presidential elections in March 2005. Economist Henrique Rosa, who in 1994 led the election commission up to the first free elections election in the country’s history, was named president, and the head of the PRS, Antonio Arthur Sanha, who had been a sharp critic of the overthrowing president, was appointed prime minister.

In January 2004, Judge Maria do Ceu Silva Monteiro, 38, was appointed President of the Supreme Court. A post that would otherwise have been vacant for 2 years. The Supreme Court will be tasked with overseeing the upcoming elections.

In October, the country’s interim president, Henrique Rosa, announced that a military uprising had been put down. It was attempted by soldiers who had served in the UN peacekeeping forces in Liberia. The uproar was caused by dissatisfaction that the soldiers had not been paid for 6 months. Rosa stated that he did not expect the small “setback” in the transition to democracy, stability and the holding of elections in 2005 would hamper international political and economic support.

The high child mortality rate, declining life expectancy and the continued widespread poverty indicated in January 2005 that the country’s rhythm in meeting the Millennium goals was very slow. Two out of three of the country’s inhabitants live in absolute poverty; life expectancy has dropped from 53 to 45 years – although this is an improvement over the 40 years that were life expectancy in 1980. At the same time, AIDS, leprosy and tuberculosis are becoming more widespread. The country is also among the ten countries in the world with the highest maternal mortality. Access to drinking water, renovation and clothing is also a serious problem. 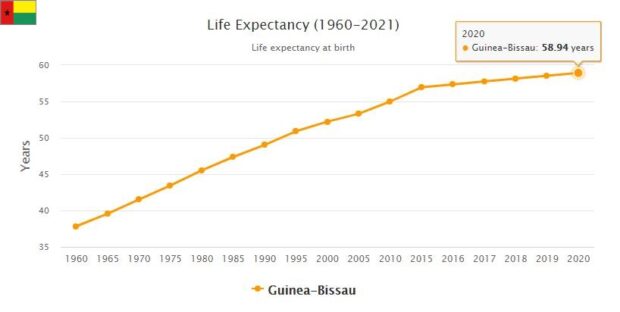