The Marshall Islands were first populated sometime between 1800 and 2000 years ago, just after falling sea levels made them habitable. This settlement was part of the Austronesian population expansion in far-off Oceania, where seafarers associated with the Lapita culture traveled north and east, most likely from the northern Solomon Islands.

Since American Protestant missionaries established themselves in the archipelago as first Euro-American immigrants in 1857, the Marshall Islands have been governed by three different colonial governments administered by Germany (1885–1914), Japan (1914–1944), and the United States (1944–1986). The Marshall Islands got their own constitution in 1979, but remained under American control until 1986, when the two nations signed a voluntary affiliation agreement. See abbreviationfinder for geography, history, society, politics, and economy of Marshall Islands. 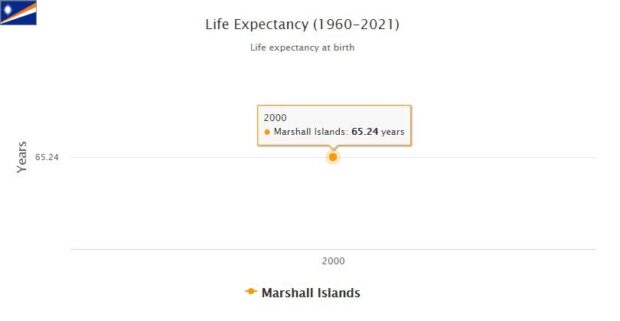 The time before the colonies

The so-called prehistoric culture of the Marshall Islands was characterized by shipping, fishing, sinking and trade. It has been common to refer to their vessels as “canoes”, but in reality these are canoe-shaped sailing vessels with a walkable bridge over to an outrigger. These could carry anywhere from 20 to nearly 100 people. The outrigger made the ship stable, and one could easily turn the sail to better exploit the wind. With these ships, various Atoll populations maintained contact over great distances and provided a steady flow of goods, people and ideas.

This traffic occurred mainly within each of the two atoll chains forming the current state of the nation, Ralik (the western) and Ratak (the eastern), but there was also occasional contact with other island communities, such as Kosrae and Pohnpei in the west and Kiribati and Nauru in the south. Although the language of the two atoll chains is almost the same, there is much to indicate that they were not very integrated politically. Instead, people were associated with a certain chief, who often had followers on many different atolls, but rarely or never dominated an entire atoll alone.

The first documented meeting of people from the Marshall Islands and visitors from outside Oceania took place at Enewetak in 1529 when Alvaro de Saavedra Cerón and his crew anchored there for several days en route from the Philippines to South America. During the 16th century there were several meetings between Spaniards and marshalers, all peaceful, but there was no extensive contact between them.

The first ethnographic descriptions from the Marshall Islands were first published in 1821, based on Otto von Kotzebue’s World Circuit in 1815-1818. Kotzebue and his crew spent several months in northern Ratak in 1816–1817, and again in 1824, and his depictions are both numerous and complementary.

Towards the middle of the 19th century, traffic in the waters increased as a result of American whaling. This resulted in a lot of bloody clashes, but also some trade in coconut oil.

Protestant missionaries from the United States became the first Euro-American immigrants to the Marshall Islands when they established the first mission station in 1857. Together with a group of Native Hawaiians, the southernmost and most populous atolls were missionaries, and Christianity quickly gained ground throughout the entire island empire.

The missionaries’ presence also enabled traders to settle down, and during the 1860s an extensive coconut trade was established, first in the form of coconut oil and then of copra (dried coconut meat). Germany was one of the major international players, and German companies quickly came to dominate trade from the Marshall Islands. This also laid the foundation for the later colonization.

Although Germany had secured an exclusive trade agreement with Marshallese chieftains in 1879, the Marshall Islands were not formally annexed by Germany until 1885. Otto von Bismarck had long held back the establishment of new colonies, but eventually had to succumb to the strong pressure of German commerce companies. This was largely a trade-based colony, but a weak administrative presence. In 1906, the administrative headquarters moved from Jaluit to Rabaul in Papua New Guinea.

At the outbreak of the First World War in 1914, Japan moved into a peaceful takeover of the German colonies north of the equator, Micronesia, which included the Marshall Islands. By means of a secret agreement with, among others, the United Kingdom, Japan legitimized its colonial claim in the peace talks leading up to the Treaty of Versailles. In 1919, the Marshall Islands formally became a Japanese-controlled mandate area under the People’s League Class C, which would say that the local population was considered incapable of self-government. Although Japan withdrew from the League of Nations in 1933, they retained the colony on the Marshall Islands until 1944, when the United States invaded as one of many links on its way to invade Japan.

The fighting on Kwajalein and Enewetak in February 1944 was the most bloody on the Marshall Islands, and the bombing on Kwajalein the most concentrated during the entire US Pacific operation. Over 10,000 Japanese soldiers and an unknown number of Marshallese lost their lives in the fighting. The US Navy retained administrative control over the Marshall Islands, even after they, along with the rest of Micronesia, became part of a US-controlled UN under 1947. In 1951, the oversight came under the leadership of the United States Department of the Interior, which they remained until 1986.

The American colonial period can be divided into three main epochs. The period from 1944 to 1961 was characterized by a colonial administration that was not particularly concerned with the local population. Projects were started to rehabilitate the copra trade, but the colonial budgets were low. This was a time when military targets were at the center. From 1961, after several negative reports from the UN envoy, budgets quickly increased to ambitious development goals. There was a lot of focus on schooling, the health sector and the development of the public sector. In retrospect, this has been interpreted as fully conscious strategies intended to create addiction. This lasted until the late 1970s, when the focus was on political independence. This period was characterized by many and lengthy negotiations on how the detachment should take place.

In the period 1946–1958, the United States conducted 66 nuclear test blasts on the atolls Bikini (23) and Enewetak (43) in the northwest Marshall Islands. In 1946, US forces evacuated the 161 people who lived on Bikini to prepare for “Operation Crossroads,” the world’s first peacetime nuclear bomb blast. The recently launched two-piece swimwear for women was named after the atoll to illustrate its explosive power. In December 1947, the Enewetak population was forcibly evacuated to Ujelang, a small and isolated atoll 237 kilometers southwest of Enewetak.

On November 1, 1952, “Ivy Mike,” the world’s first hydrogen bomb, was detonated on Enewetak. It had a power of 10.4 megatons TNT, 650 times what “Little Boy” had when it destroyed Hiroshima a few years earlier. March 1, 1954, “Castle Bravo” was to surpass this with its 15 megatons when it was detonated on the Bikini. The consequences of “Castle Bravo” have proved disastrous for the residents of Rongelap and Uterik, both of whom were affected by large amounts of radioactive waste without adequate help in the days that followed. Neither Bikini, Enewetak nor Rongelap are permanently resident today, despite several relocation attempts.

In an attempt to clean Enewetak for radioactive waste in the 1970s, in the period 1977–1980, topsoil and detached waste were scraped from several islands on the atoll, which were later dumped in the crater after “Cactus” on the island of Runit and cast again. The so-called Runit dome has attracted global attention in recent times because there is a danger that the radioactive waste is leaking and that the dome is about to break down.

As the United Micronesia struck cracks in the late 1970s, it became clear that the Marshall Islands wanted independence, detached from the rest of the region. The first step in that direction came with the establishment of a separate constitution in 1979. At the same time, Amata Kabua was elected the country’s first (and so far longest-sitting) president, and Nitijela, the country’s legislative power, was founded.

Nevertheless, the Marshall Islands remained under US administration until the signing of the voluntary affiliation agreement in 1986. This agreement, among other things, gives the United States the exclusive right to operate militarily in the area while obliging the United States to provide military security. The agreement was renewed for 20 new years in 2003. It was long clear that it would not be renewed in 2023, but in the fall of 2019, the United States announced that it would open negotiations in response to China’s active entry into the Pacific region.

The Marshall Islands joined the UN in 1991.