See abbreviationfinder for geography, history, society, politics, and economy of Belgium. In March 2004, in Arlon, the lawsuit was initiated against Marc Dutroux, who was charged with abduction, rape and murder. The trial took place 8 years after the actual incidents. Dutroux, along with 3 others, were accused of abducting, torturing and raping 6 children in 1995-96, killing 4 of them. Only 2 were rescued alive. In June, Dutroux was convicted of pedophilia and sentenced to life in prison. His 3 co-conspirators were also convicted. His ex-wife, 44-year-old Michelle Martin was convicted of conspiracy and given 30 years in prison; 32-year-old Michel Lelievre was found guilty of abduction and given 25 years in prison; 62-year-old Michel Nihoul was sentenced to 5 years in prison.

In July, 15 people died and over 120 were severely burned in an explosion at the Ghislenghien chemical plant in Ath, 30km southwest of Brussels. Several of those killed had been investigating a leak in a gas pipeline carrying gas from the coast of Belgium to France. The explosion was characterized by the Belgian government as one of the worst disasters of recent times, as the area looked like a pure war zone. Paris provided helicopters and rescue equipment.

Despite several months of failed language rights negotiations in a Brussels district, the government in May 2005 won a vote of confidence on the issue. Still, the case did question the future of Belgium as a unified nation. The thing was that in previous years many Francophones had moved to areas of Brussels that were previously Flemish dominated. It distorted the balance between the Flemish and French-oriented parties in these areas, and had triggered a political crisis that reached government level.

The Belgian legal community is under intense pressure. On February 28, 2006, 7 people were sentenced in Knokke, Brussels, for 4-6 years in prison for organizing press conferences and translated material from the Turkish left-wing organization DHKP-C. This organization is probably banned in Turkey and Germany, but not in Belgium. The ruling triggered shock and protest reactions among parliamentarians and intellectuals in several European countries. The consequence may be that it is illegal to simply carry out human rights work in support of oppressed persons and organizations. “We must set an example so that our country is not transformed into a terrorist support point. Therefore, a dissuasive penalty must be met, ”prosecutor Johan Delmule said during his proceeding.

In April 2006, Belgium became the 4th country in the world to grant gay couples the right to adoption. Spain, the Netherlands and Canada have similar legislation.

In June 2007, the Christian Democrats won the ruling coalition. Christian leader Yves Leterme declared: “The time has come for change. The population wants a different development ». He also declared a decentralization of power to Flanders in the north and Wallonia in the south. The country was subsequently thrown into a ½ year parliamentary crisis where a new government failed. On December 21, 2007, Verhofstadt was re-elected Prime Minister of a coalition of Christian Democrats, Liberals and his own Social Democracy.

In accordance with the government agreement, the prime minister’s post in March 2008 was handed over to Christian Yves Leterme. Leterme’s goal was to change the Belgian constitution in order to delegate more power to the regions. He set July 15 as the deadline for solving this task. It failed and he therefore filed his farewell request to the king, who however rejected it.

The global financial crisis sent the Fortis financial group into deep crisis, and in line with the governments of the Netherlands and Luxembourg, the Belgian decided in October to nationalize the Belgian branch of the group. This happened without asking the shareholders, who then filed suit against the Belgian state. The state won in the first place, but lost in the next, and when it was further revealed that the government had sought to influence the judges of the court of appeal, Prime Minister Leterme filed his resignation for the second time. The king accepted, and per. On December 30, 2008, Herman Van Rompuy became new Prime Minister. Leterme returned to the post as early as November 2009, when Rompuy was appointed President of the EU. 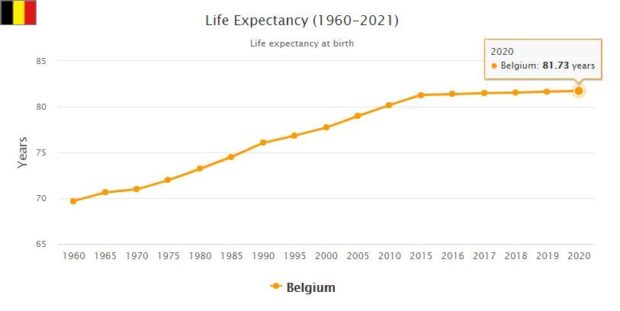