Belize was originally part of the area of Mayan culture. The Spanish explored the coast in 1531, but found the area, largely made up of impenetrable jungle, unattractive.

From 1638 British pirates settled, and by using slaves from Jamaica they began the export of Brazilian wood and mahogany. The Spaniards tried several times to force the British out. A treaty of 1783 set the boundaries for Belize and stated that the British could legitimately exploit the area financially.

By the decolonization of Mexico and Guatemala in 1821, both of these countries claimed Belize, which was still not an official British colony. It was not until 1862 that the crown colony of British Honduras was proclaimed. 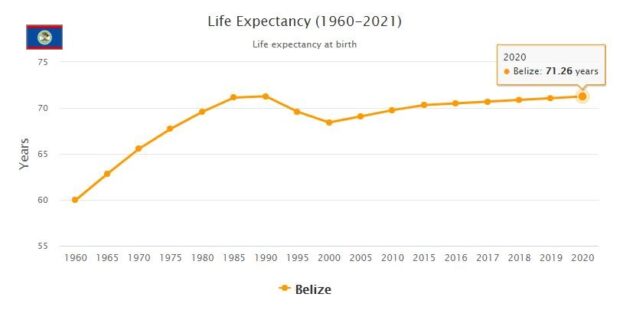 Guatemala’s demand for Belize and the British’s desire to maintain its last colony in the area led to an agreement that the United Kingdom should build a road between B elize city and Guatemala city. However, the British renounced responsibility for this agreement in 1867. Guatemala considered this breach of contract to be contrary to the conditions for accepting British control over Belize. See abbreviationfinder for geography, history, society, politics, and economy of Belize.

Guatemala has repeatedly reiterated its demand for road development, and in 1936 proposed that the United Kingdom relinquish the southernmost part, which would extend Guatemala’s continental shelf on the Atlantic coast where oil deposits have been detected. Since 1945, Guatemala has considered Belize as one of its provinces, and after 1954, the Guatemalan army appeared constantly provocative along the border.

In 1991, Belize gained recognition from Guatemala; prior to this, Guatemala had resumed diplomatic relations with the United Kingdom in 1986 and accepted Belize’s membership in the Organization of American States (OAS) in 1990. Nevertheless, Belize’s claim was repeated by Guatemala as late as 1994.

Belize gained independence on September 21, 1981, but remained part of the British Commonwealth and defended by the British Army. The center-liberal Manuel Esquivel and his United Democratic Party (UDP) ruled Belize in the period 1984–89 and again from 1994 after a 1989–94 reign with George Price as prime minister. PUP’s social democratic profile was not characteristic of Price’s recent period. Foreign investment in plantation and tourism has increased, and Price has been an exponent of a liberal market economy.

Esquivel returned and formed a UDP government in the period 1994-98. The PUP returned to power after major electoral victories in 1998 and 2003, now with Said Musa as prime minister, on a program to cut taxes and strengthen the rights of the natives. Musa had held a number of cabinet positions since the 1970s, and played a key role in the independence process.

Around the turn of the century, Belize was devastated by hurricanes Keith and Iris. The economy showed good signs of development, with the tourism industry as the most important growth factor. But this has also sharpened the growth/protection conflict, centered on opposition to extensive hydropower development in one of Central America’s largest unspoilt jungle areas, with deposits of a number of endangered animal species.

In 2002, Belize and Guatemala made great strides to end their year-long border dispute, with the Organization of American States (OAS) as the broker. However, the border with Guatemala is still a matter of contention.