The Western Micronesian Federation was probably colonized from Indonesia or the Philippines via Palau from the middle of the second millennium BC, while the Eastern Micronesian Federation was reached from the south, possibly from the Fiji area. Until the arrival of the Europeans, Yap controlled an important east-west trade route; the very large millstone-shaped stone coins used (and partly still used) were probably made on Palau and the Mariana Islands. Outside East Pohnpei lies the large ruin city of Nan Madol, probably erected between 1285 and 1485 AD. 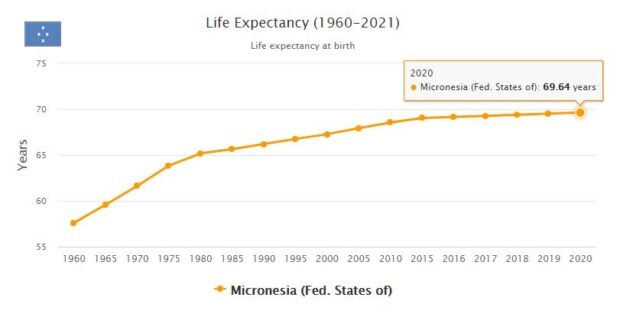 The islands that are now part of the Micronesian Federation were colonized by Spain in the 17th century, which sold them to Germany in the late 1800s. See abbreviationfinder for geography, history, society, politics, and economy of Micronesia. Japan was given the NF’s mission in 1919 to administer the area, which was conquered by the United States during World War II. The islands were included from 1947 in the UN management area of ​​the Pacific Islands with the US as responsible.

The Micronesian Federation was formed in 1979 as a federation with local autonomy and in 1986 gained the status of an independent republic with close ties to the United States. The isolated location of the Micronesia Federation means that tourism cannot be developed as a source of income and the country is financially dependent on US support.