Archaeological finds suggest that Kiribati may have been colonized by Austronesian groups from Southeast Asia as early as the second millennium BC, possibly even earlier. During the 1300s AD Polynesian immigration from Tonga and Samoa occurred in southern Kiribati. 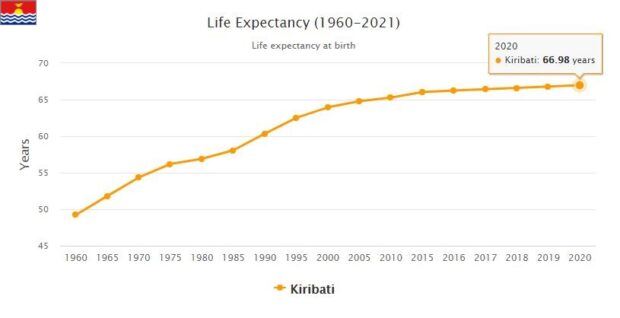 It is possible that Spanish seafarers targeted some of the Gilbert Islands as early as the 16th century. It is certain that all the islands in present-day Kiribati were discovered by European and American sailors during the latter half of the 18th and early 19th centuries; inter alia sailed Captain Thomas Gilbert, who named the Gilbert Islands, the island of Tarawa in 1788 on his way to China. During the 19th century, the islands were regularly visited by British and American voters. Around the middle of the century, European and American companies began a lucrative export of coconut oil, copra and guano. At the same time, part of the Micronesian population was forcibly recruited to plantations around the Pacific. In order to prevent Germany’s colonial ambitions in the area, the British in 1892 made the Gilbert and Ellice Islands a protectorate,Gilbert and Ellice Islands. Later it was incorporated with the colony Banaba, Christmas Island (now Kiritimati), the Phoenix Islands and most of the Line Islands.

During 1942-43, Kiribati was occupied by the Japanese, and at Tarawa some of the fiercest fighting between the United States and Japan took place during the Pacific War. See abbreviationfinder for geography, history, society, politics, and economy of Kiribati. In 1957–58, the British used the Christmas Island to test hydrogen bombs in the atmosphere. During the 1970s, British decolonization reached the Pacific. In 1976 the Ellice Islands broke loose and in 1978 became independent under the name Tuvalu.

The other islands, the Gilbert Islands Colony, gained internal autonomy in 1977 and became independent in 1979 under the name Kiribati. The two islands of Canton and Enderbury, which since 1939 were jointly managed by the United States and Great Britain, resigned in 1983 to Kiribati by the United States.

During the 2000s, the issue of the effects of climate change on the future of the nation of Kiribati has increasingly been at the center of the social and political debate in the country.