The national flag is the Union Jack. – The coat of arms (since 1837) shows the coat of arms of England in the squared shield in fields 1 and 4 (three gold lions in red, heraldically referred to as “leopards”), in field 2 that of Scotland (a red lion in gold within a red lily border), in field 3 that of Ireland (a golden harp in blue). The shield is covered by the dark blue ribbon of the Order of the Garter with his motto “Honi soit qui mal y pense” written in golden letters (a rogue who thinks evil). Shield holders are the English lion and the neck-crowned unicorn of Scotland, entwined with a chain; they stand on a green floor with the badges of England (rose), Scotland (thistle) and Ireland (clover). The banner underneath bears the motto “Dieu et mon droit” (God and my right).

National holiday is the official birthday of the reigning monarch (second Saturday in June).

Due to unrestricted majority voting, the UK and Northern Ireland have a de facto two-party system. The Conservative and Unionist Party, which is determined by traditional political values, is opposed to the Labor Party, which is more oriented towards the political center. The Liberal Party that followed the First World War lost most of its electorate to the Labor Party, formed an electoral alliance with the Social Democratic Party (SDP) in 1981; In 1988 it was merged to form the Social and Liberal Democrats and a year later it was renamed Liberal Democrats. From 2010–2015 they were involved in government responsibility as part of a coalition with the conservatives. While the Democratic Left (successor organization to the Communist Party of Great Britain) has little political influence, the Green Party (founded in 1973 as the Ecology Party) has developed into a force to be taken seriously. The right-wing populist United Kingdom Independence Party (UKIP), founded in 1993, supports Great Britain’s exit from the EU. On a regional basis, the Plaid Cymru (English Welsh National Party) formed in Wales and the Scottish National Party in Scotland. Northern Irish Parties (Northern Ireland) are also represented in the House of Commons; the Democratic Unionist Party has supported a minority Conservative government since 2017.

According to the organizational principles of trade unions, there are four main types: craft unions, industrial unions, white collar unions and general unions. Around a quarter of the employees are unionized. The largest umbrella organization for England and Wales is the Trades Union Congress (TUC), founded in 1868, to which (2018) 48 trade unions with around 5.5 million members belonged. As a result of several laws by the Thatcher government directed against the trade unions, the number of members and the influence of the trade unions have declined significantly in recent decades (trade unions, shop stewards).

The total strength of the professional army amounts to 152,000 soldiers. In the event of war, around 81,000 members of the Regular Reserve (former professional soldiers) are also available, as are around 30,000 part-time soldiers of the Territorial Army who voluntarily undertake regular training and exercises. The army comprises around 87,000 soldiers. It is divided into the headquarters of the ARRC, an armored division, a mechanized division, an airborne, an artillery, an engineer, a logistics and a medical brigade as well as 2 anti-aircraft regiments and 3 light infantry battalions. There are 32,000 soldiers in the Navy (Royal Navy) and 33,000 in the Air Force (Royal Air Force). The Strategic Nuclear Forces (Trident submarines) have 1,000 military personnel. A significant part of the British armed forces are stationed or deployed abroad. – Great Britain is a founding member of NATO.

Great Britain and Northern Ireland do not form a single jurisdiction. In England and Wales (similar Northern Ireland) the common law (applicable common law), supplemented by the individual case-law of equity (equity). Both right components are case law (case law) and be judicially trained. Common law and equity are governed by the codified law (Statute Law) added, modified and expanded; it consists of the Acts of Parliament and subordinate law on a statutory basis. – Scottish law follows the tradition of the continental European systems influenced by Roman law. Even after the union of Scotland with England (1707), it largely retained its independent character, but at the same time adopted elements of English common law.

The structure of the court is multilevel and fundamentally differentiates between criminal and civil jurisdiction. The highest instance is the Supreme Court of the United Kingdom. Jurisdiction for civil matters is the county courts, for criminal matters the magistrate courts (Magistrate Courts), some of which are lay judges (justice of the peace). Scotland and Northern Ireland have their own judicial system.

There are also numerous specialty dishes in Great Britain and Northern Ireland, including: Administrative courts and ecclesiastical courts. There is no constitutional court; this is justified with the predominance of parliament. The independence of the judges appointed by the monarch on the proposal of the Lord Chancellor is guaranteed. 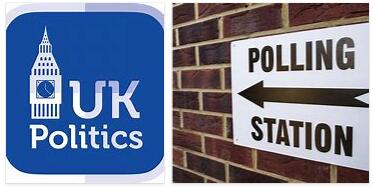