More and more travelers have begun to discover the beautiful Georgia and all that this fascinating country in the exotic Caucasus has to offer. Here you will find wonderful mountain landscapes with snow-capped peaks and a cultural environment strongly influenced by the Georgian Orthodox Church. Georgia was formerly a Soviet republic but has since independence in 1991 increasingly approached the EU and the United States. The country has undergone a number of political and economic reforms and is today a fairly prosperous nation and a safe travel destination for tourists. The people are known for their hospitality and the Georgian cuisine is usually a welcome surprise. Chatjapuri – Georgia’s rustic “cheese bread”, for example, which is a true delicacy! The local cuisine offers a lot that you have probably never tasted before. In addition – Georgia has always been known for its winemaking and you should not miss to try one of the traditionally produced varieties. Here you will find handcrafted wines of high quality – unique wines that you will not find anywhere else. Join a journey that takes you to some of Georgia’s most beautiful and interesting sights such as the capital Tbilisi, the beautiful old cultural city of Mtskheta, the cave city of Uplistsikhe, the Stalin Museum in Gori (Stalin’s birthplace) and charming vineyards in Georgian country idyll. We then continue to Kutaisi, the country’s second largest city after the capital Tbilisi. We also visit Mestia, the mountain region of the Upper Svaneti mountain region, where the local population mostly consists of “swans”, a cultural and linguistic Georgian subgroup. 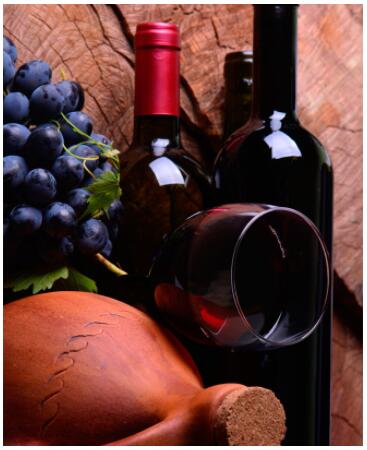 Day 1. Flight to Tbilisi (Georgia’s capital)
We fly to Tbilisi and our local guide meets us at the airport. We go to our hotel for check-in. Overnight in Tbilisi.

Day 2. Tbilisi
Tbilisi is fantastically beautifully situated in a valley with surrounding high mountains. For centuries, Tbilisi has been ruled by several foreign powers that throughout history have sought to control the city because of its strategically important location. Once upon a time, the important trade routes between Asia and Europe passed here, and here East and West met. After breakfast we make an excursion on foot in the older parts of the city with its winding alleys and beautiful old buildings. During the walk we see, among other things, Metekhi Church dating from the 400s. Tbilisi is a charming mix of old and new and here you will also find exciting modern architecture and entertainment districts with bars and cafes. We take the cable car to Nariqalafortet which is located on a hill above the city from where we get a wonderful view of the surroundings. We see the famous monument Kartlis Deda (Mother of Kartlien) – a statue that symbolizes the Georgian national character. In her left hand she holds a bowl of wine to invite those who come as friends. In her right hand she holds a sword to be able to defend herself against those who come as enemies. In Georgia, you will be met by goblets wherever you go! During the city walk, we also pass the Abanotubani area with its famous bathing facilities with sulfur-containing water that has been in use for centuries. Overnight in Tbilisi. (Breakfast and lunch.)

Day 3. Tbilisi – Telavi
Today we go to Signagi, a fortified city surrounded by a wall with 28 watchtowers. Although one of Georgia’s smallest cities, Signagi is a very popular tourist destination thanks to its location in the heart of Georgia’s wine region, Kakheti, where most Georgian wine is grown. We arrive at Bodbe Monastery, from where you have a very spectacular view of the best Georgian wines in the Alazani Valley. We then continue to Khareba’s wine tunnels, where we get to taste some Kakheti wine that is produced in the traditional way in Kvevri. Then we visit the fortress Gremi, 16th-century royal citadel built by King Levan of Kakheti, who announced Gremi the capital of the Kingdom of Kakheti. Then we visit Tsinandali Palace, a palace and winery that once belonged to the 19th century poet Alexander Chavchavadze (1786–1846). Chavchavadze founded Georgia’s oldest and largest winery, combining European and ancient Georgian winery traditions. The very famous white wine Tsinandali is still made here. Overnight in Telavi. (Breakfast and lunch).

Day 4. Telavi – Tbilisi
In the morning we visit a local market. Then we go back to Tbilisi. You will have free time the rest of the day on your own adventures to discover Tblisi. The tour guide is happy to give you tips on different sights. Overnight in Tbilisi. (Breakfast).

Day 5. Tbilsi – Kutaisi
After breakfast we go to Mtskheta. As the place of origin and the most significant place of Christianity in Georgia, Mtskheta has been declared a “holy city” by the Georgian Orthodox Church. We stop at I at Jvari Church, and from here we have a fantastic view of Mtskheta, where we will later visit the Svetitskhoveli Cathedral, which is listed by UNESCO as a World Heritage Site. We continue to the cave city of Uplistsikhe, which archaeologists consider to be one of the earliest settlements in Georgia. Then we come to Gori, the city of Stalin, where we visit the Stalin Museum. Overnight in Kutaisi. (Breakfast and lunch)

Day 6. Kutaisi – Mestia
Kutaisi is the former capital of Georgia, and one of the country’s oldest cities. We visit the old town. Then we travel to the Sataplia nature reserve, which is known for footprints of dinosaurs and caves. There is also a museum, beautiful viewpoints and glazed bridges for the best views. We continue to Mestia, and on the way there we stop at Enguridammen, one of the world’s largest power plant dams. Overnight in Mestia. (Breakfast, lunch and dinner)

Day 7. Ushguli
The beautiful region of the Caucasus slopes north of Kutaisi, Upper Svaneti, is a UNESCO World Heritage Site, and Ushguli is one of Europe’s highest settlements. Compared to slightly larger and more developed cities such as Mestia, Ushguli is not as easy to reach, which is why the village has retained its genuineness. The village is located at an altitude of 2100 meters, at the foot of Georgia’s highest mountain Shkhara (5193 m). After breakfast we go to the village Ushguli, which has about 70 families permanently resident (around 200 people). We take a walk on the old narrow streets. There is a museum, which shows how people lived and lived here in Svaneti at all times, and Lamaria’s church will enrich your visit with many legends associated with this church. During the tour we enjoy the amazing view of Mount Shkhara. We return to Mestia. Overnight in Mestia. (Breakfast,

Day 8. Mestia – Batumi
After breakfast we head to Batumi, a beautiful coastal city and Georgia’s most important port on the Black Sea. During the day we travel from the high snow-capped mountains in the Greater Caucasus to the subtropical coastal landscape where you will find palm trees, citrus groves and tea plantations. We arrive in Batumi in the afternoon. Overnight in Batumi. (Breakfast and lunch).

Day 9. Batumi
In the morning we do a city tour in Batumi. During the city tour, we walk along Batumi Boulevard next to the Black Sea, visit Batumi Cathedral, Europe Square and Piazza Square, which must be one of Georgia’s most beautiful squares. The rest of the day is free to explore this beautiful little coastal gem on your own. Overnight in Batumi. (Breakfast and dinner). 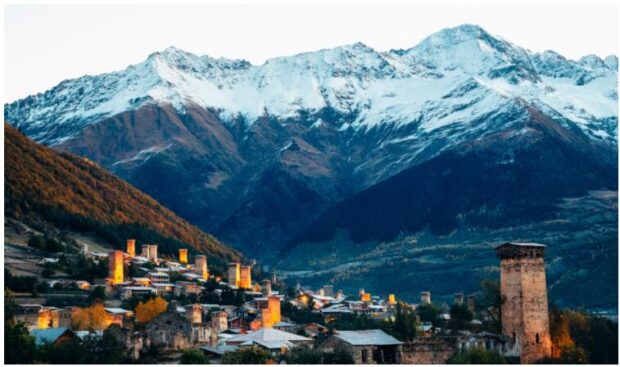