The islands that today make up Saint Vincent and the Grenadines were populated by Caribbean Indians when Kristoffer Columbus so widely roamed them in 1498. Like the neighboring islands, the indigenous people made great opposition to Europeans trying to settle there, especially British and French.

In 1902, a large part of the island’s population perished in a violent eruption. Economically, the islands had little significance for British colonial power. Between 1958 and 1962, the islands were a member of the West Indies Federation of Inner Autonomy since 1960. 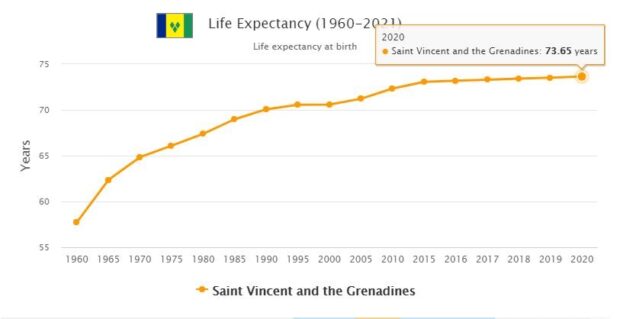 In 1979, the islands gained their independence with Conservative Milton Cato of the Saint Vincent Labor Party (SVLP) as prime minister, with 14 percent of the vote. A group of Rastafarians, who are heavily represented in Saint Vincent, occupied the island of Union in protest of the election results and demanded their own independence. However, the rebellion was beaten by troops from Barbados. See abbreviationfinder for geography, history, society, politics, and economy of St. Vincent and The Grenadines.

The same year, the islands were hit by a new eruption that left half of the cultivated area – mainly banana plantations – under ashes, and the following year Hurricane Allan caused new devastation. These natural disasters have led to Saint Vincent and the Grenadines being the poorest of the young Caribbean ministries with extremely high unemployment; the country is therefore very dependent on development aid.

The 1984 election was won by the New Democratic Party (NDP), and James Fitz-Allen Mitchell took over as prime minister. In 1985, the closure of the country’s sugar industry caused major financial problems, and in September 1986 the island was hit by yet another devastating hurricane.

Tourism as the main industry

Mitchell regained confidence in both 1989, 1994 and 1998 and established a solid political foothold for the NDP on the islands. The struggle for a favorable pension reform for politicians led to the crumbling position of the NDP’s dominant position, and after an accelerated election in 2001, the leader of the United Labor Party (ULP), Ralph Gonsalves, could form government, with a renewed mandate in 2005 and 2010.

In the 1990s, the tourism industry experienced a significant decline, thus not contributing to the economic progress the government had hoped for.

At the beginning of the new century, Saint Vincent and the Grenadines could be removed from the international money laundering blacklist. A wide field is being invested to strengthen the country’s economy, with banana production and tourism as the main sectors. The filming of the Pirates of the Caribbean film series 2003-2017 has attracted investors and helped to strengthen the tourism industry.