Probably the first Europeans came to Saint Lucia around 1500. The island was then inhabited by Caribbean Indians. Due to its natural ports and a soil suitable for sugar production, both England and France claimed Saint Lucia in the 17th century. Both countries established settlements on the island, which afterwards changed owners several times before the war became the British crown colony through the Paris Peace in 1814. The population then consisted mainly of descendants of Africans brought to Saint Lucia for slave labor on the sugar plantations. The French influence remained strong and can be traced, for example, in the language.

In 1967, Saint Lucia gained internal self-government, while Britain retained control over defense and foreign policy. Saint Lucia became independent in 1979. See abbreviationfinder for geography, history, society, politics, and economy of St. Lucia. After being dominated by conservative politicians, Saint Lucia in 1997-2006 was ruled by leftist forces. Since then, the Conservative United Workers Party (UWP) and the Social Democratic Saint Lucia Labor Party (SLP) have switched to power. Political development is closely linked to the island’s dependence on banana exports and tourism, but also rising crime. 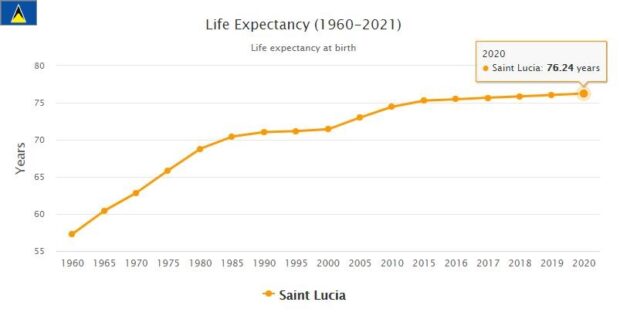