To the north of the divided island of Cyprus you will find wonderful cultural experiences as well as atmospheric towns and villages.

The Turkish Republic of Northern Cyprus may still be a holiday destination unknown to Finns. The colorful history of the area at the crossroads of three continents from ancient times to the present day makes it an interesting cultural destination.

For the active holidaymaker and those interested in history

Northern Cyprus is especially known for the events of 1974, when the Turks occupied about a third of the island of Cyprus from the north. As a result, the island split in two.

Northern Cyprus has declared itself an independent state, but so far only Turkey has recognized it. Thus, internationally, Northern Cyprus is still located within the borders of Cyprus.

Cyprus is located south of Turkey and is the easternmost island in the Mediterranean. The northern part of the island is very suitable for active hikers, couples and families as well as those interested in history. The most famous travel destinations in Northern Cyprus are the capital Nicosia, Kyrenia and Famagusta.

Northern Cyprus has many significant cultural sites, from ancient ruins to medieval castles as well as churches and mosques. There are also plenty of hiking trails, especially to the Besampark mountains. Sandy beaches can be enjoyed especially in the Famagusta area and nesting sea turtles can be seen on Algadi beach near Kyrenia. Wildheads can try paragliding and the waters of Northern Cyprus are great for diving. 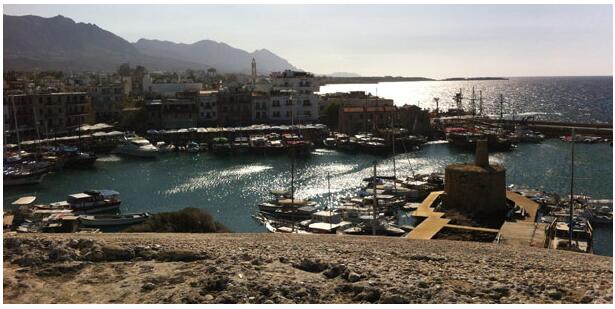 Northern Cyprus is one of the sunniest resorts in Europe. Cyprus has about 300 sunny days a year and even in winter the temperatures remain around 20 degrees.

The best travel times are late spring and early fall, as temperatures in summer can rise above 40 degrees, especially in the interior of the country. In winter, it rains in Cyprus.

The political situation in Northern Cyprus may be questionable for tourists, but traveling to the area is now quite safe. The culture is a mixture of traditional Cypriotism and Turkishness. 98% of the locals are Muslims and when visiting mosques one has to remember respectful behavior and dress.

The UN-administered Green Line, which divides the island of Cyprus into two parts, can be crossed by any citizen of the European Union. Northern Cyprus gets along well in English.

The food culture is a combination of Turkey and Cyprus. The delicacies of the area definitely include baklava, lokum and Turkish coffee typical of Turkish cuisine.

The typical Cypriot mezet, halloumi and olives are also part of the Northern Cypriot dining table. Much of the sauces in Northern Cyprus are yoghurt-based and Turkish yoghurt is also widely used in cakes, for example. 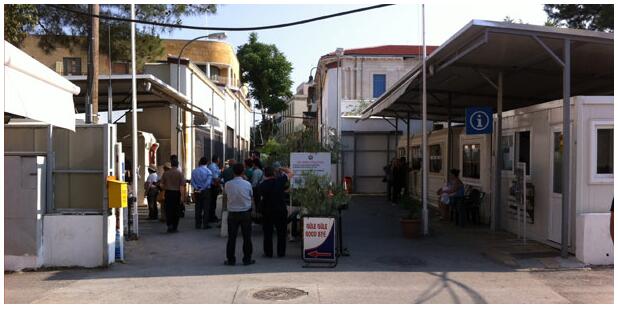 Via Istanbul or London

There are two airports in Northern Cyprus, the larger of which is Nicosia near Nicosia. Ercan is most frequently flown from Finland via Istanbul or London . Prices for one-way flights are most commonly between three hundred and four hundred euros.

The citizens of the European Union are allowed to spend as much time on both sides of the border as they want. There are a total of seven crossings of the Green Line, one of which is located in the old town of Nicosia.

The roads in Northern Cyprus are in good condition and buses run regularly between the largest cities during the day, but less frequently on weekends and evenings.

When traveling by taxi, the price should be agreed with the driver in advance to avoid misunderstandings and being scammed. There are several car rental companies in Northern Cyprus. To rent a car, you need a valid driver’s license and the person must be 21 years old.

Stay in a hotel or rent your own villa

It is also possible to rent holiday homes in Northern Cyprus. Renting your own villa is especially suitable for those traveling with a family or a larger group of friends. 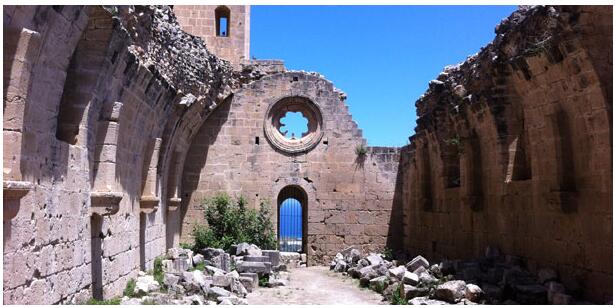 Shopping and historical attractions in Kyrenia

In Kyrenia you can spend a nice city day in a picturesque city. There are definitely the best shopping opportunities in Northern Cyprus and locals come from other cities to shop in Kyrenia.

Attractions in Kyrenia include Kyrenia Castle and Shipwreck Museum and St. Hilarion Castle. The small alleys of Kyrenia’s old town eventually lead to the romantic old port, which was once the city’s commercial center.

If the direction of your trip is Kyrenia, you should also visit the mountain village of Bellapais on holiday. The beautiful little village is from Cyprus at its best. Residents of Bellapais have a saying that a tourist cannot say that they have visited Cyprus if they have not visited Bellapais. The Bellapais Monastery is also worth a visit.

Nicosia is a divided city

Nicosia is the divided capital of Cyprus. A UN-administered green line runs through the city and the pedestrian street in the old town can be crossed. You can get to the other side of the line by showing your passport.

Nicosia is not a typical holiday destination as it is located inland and the city is relatively small. However, it is easily accessible from Famagusta and Kyrenia, so it is worth taking a day trip to Nicosia, for example. The easiest way to explore the city is to walk in the middle of old houses and promenades.

The most famous and worth seeing attractions in Nicosia are the Selmiye Mosque, Bedestan and the Great Inn.

The beaches of Famagusta are known

Famagusta was once a very rich city and there were about 365 churches. One of the city’s finest attractions is La La Mustafa Pasha Mosque, the former Cathedral of St. Nicholas. About eight kilometers from Famagusta is the Greco-Roman ruined city of Salamis.

THE BEST OF NORTHERN CYPRUS

The best attractions in Northern Cyprus

The best activities in Northern Cyprus