For a long time, politics in Kosovo was dominated by one central question, namely that of the country’s independence. This applied equally to domestic and foreign policy. Other relevant questions took a back seat, at least in the public discourse. After the major goal was achieved with the declaration of independence in February 2008, an increased operationalization of what independence means came onto the political agenda. Kosovo’s foreign policy is essentially aimed at recognizing independence within the international community and the associated integration into the international and transnational institutional landscape. Central to this are the medium-term membership in the UN, EU and NATO.

The focus of Kosovar foreign policy is the recognition of independence within the international community and the associated integration into the UN, EU and NATO. As in domestic politics, the unresolved political conflicts also overshadow regional and international integration and relations with neighboring countries. Since the declaration of independence in 2008, 111 UN members (as of October 2018) have recognized the Republic of Kosovo under international law, most recently Bangladesh, Singapore, Antigua and Barbuda, the Solomon Islands and Togo. Next to this is a group of countries that reject independence, first and foremost Serbia, but also the two permanent members of the UN Security Council Russia and China, as well as the five EU member states Spain, Greece, Romania, Slovakia and Cyprus. In the regional context, the negative attitude of Bosnia-Herzegovina due to the representatives of the Republika Srpska, who, following Serbia’s political lines, are still blocking recognition today, is also significant. Big countries like Brazil and India reject Kosovo’s declaration of independence. Kosovo, especially in the person of the former Foreign Minister Behgjet Pacolli, has actively sought diplomatic recognition from other UN members in the past few years. On the other hand, since 2017, the beginning of the so-called new phase in the Kosovo-Serbia dialogue, the active efforts of Serbian diplomacy and its Foreign Minister Ivica Dačić to persuade third countries to reverse the recognition of Kosovo – an undertaking that helped to decide on the introduction of Had contributed to punitive tariffs in November 2018. At the same time, because of Serbia’s international lobbying work, Kosovo’s requests for membership in UNESCO failed twice, and in 2018 to Interpol. Kosovo’s application to join UNESCO in 2015 was followed by a comprehensive political campaign by Serbia, which was directed against Kosovo’s membership in UNESCO and which particularly focused on the fear of the destruction of Serbian cultural assets in Kosovo. Kosovo only narrowly missed the necessary quorum of 95 yes votes.

Since the agreement in 2011 within the framework of the technical dialogue with Serbia via the regional representation of Kosovo, the country has been independently represented in all regional Western Balkans and Southeast European forums, which has considerably strengthened Kosovo’s foreign policy position in its own region.

According to MATHGENERAL, the involvement of Kosovo in international treaties is now extensive.

The most extensive relations exist with Albania. Relationships are on a political and economic level closely intertwined. At the diplomatic level, Albania is endeavoring to recognize Kosovo’s independence and to integrate it into regional organizations. In addition, the two countries are cooperating on major infrastructure projects and in economic policy, for example by granting Kosovo access to the Mediterranean in Shengjin. In addition, however, Great Albanian sounds and dreams come to light with the aim of uniting all areas inhabited by Albanians. For many years, this demand was openly represented by VV !, however, the party chairman Kurti has considerably relativized positions since the election victory in autumn 2019. In the context of the EU’s blocking of the opening of accession negotiations with Albania in 2018-19, Albanian Prime Minister Edi Rama has repeatedly threatened the Greater Albanian option if access to EU membership is blocked. At the same time, the Haradinaj and Rama governments have concluded several bilateral agreements on closer cooperation between the two countries, for example on joint diplomatic missions or duty-free movement of goods, and held several joint cabinet meetings.

Kosovo has good relations with the former Yugoslav Republic of Macedonia. Earlier border disputes could be settled. Despite the divided worlds between the Slavic majority and the Albanian minority (around 500,000 Albanians live in Macedonia), political and economic relations between Kosovo and Macedonia have been steadily expanded since 1999. The relationships are determined less by the ethnic dichotomy and more by a real political pragmatism.

Diplomatic relations with Montenegro have also normalized. Corresponding minorities live in both countries (approx. 30,000 Albanians live in Montenegro, approx. 5% of the total population) whose community has a special minority status. However, the Serbian population of Montenegro (approx. 29%) is opposed to Kosovo’s independence.

Relations with Bosnia and Herzegovina (BiH)turn out to be difficult. In particular, the veto power of the Republika Srpska (one of two sub-state entities) prevents normalization of relations. The political representatives of the Republika Srpska, especially its President Milorad Dodik, firmly reject Kosovo’s independence. In the growing tensions between Kosovo and Serbia in 2018-19, Dodik clearly distinguished himself as a supporter and mouthpiece of Serbian President Vučić. As a result of Serbia’s support at the Interpol General Assembly in November 2018, at which a decision was made on Kosovo’s membership application – the Serbian member of the Bosnian-Herzegovinian Council of Ministers voted unauthorized with Serbia against the request – Kosovo also imposed punitive tariffs on Bosnia-Herzegovina.

Political relations with Serbia are discussed in detail above. Despite the formal non-recognition of the Republic of Kosovo, as a result of the technical and political dialogue, relations, particularly economically, had developed dynamically over the past decade. Enabling Kosovar citizens to travel freely to Serbia has caused transit traffic to and from Kosovo in particular to explode. Visits by representatives of Kosovar civil society and business to Serbia have become normal in the last 10 years, as has the meeting of the highest state representatives, but mostly outside of Kosovo and Serbia. The visit of high-ranking representatives of Serbia to the predominantly Serbian communities in Kosovo, under an agreement that regulates these visits and was concluded within the political dialogue, 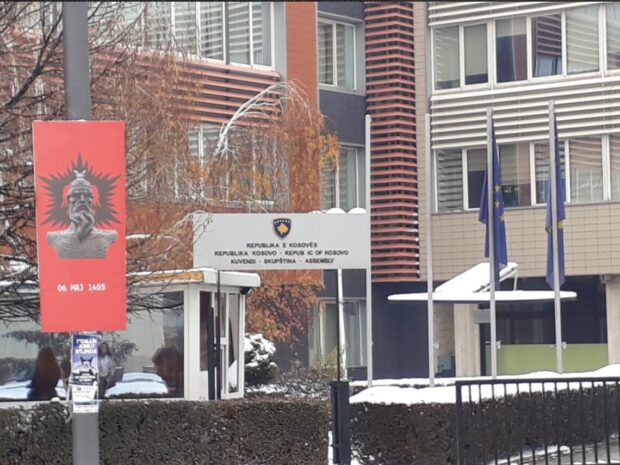