As part of the Antilles, Jamaica’s early development is dealt with under the term Central America (Prehistory). 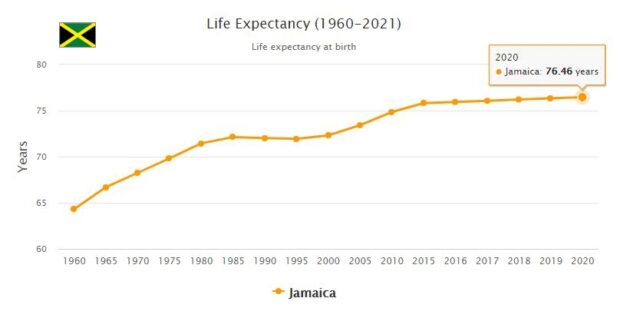 Columbus arrived in Jamaica in 1494, which was then populated by Arawak Indians. The Spanish colonization began in 1509 and led to a strong decimation of the Native American population. Under William Penn’s leadership, the English conquered the island in 1655. See abbreviationfinder for geography, history, society, politics, and economy of Jamaica. During the second half of the 17th century, Port Royal in Jamaica became an important base for the Buccaneers, who plundered Spanish colonies and ships. Sugarcane cultivation, which had been initiated during the Spanish era, was now gaining momentum, as was a massive import of black slaves from West Africa. This contributed to the island becoming an important British possession during the 18th century, with a workforce of about 200,000 blacks. However, slavery aroused the resistance of the blacks, and constant attempts at insurgency and guerrilla warfare characterized the 17th and 18th centuries. The sugar industry was adversely affected by the abolition of slavery in the 1830s, and the island was getting increasingly serious financial problems. As a result, violence on the island occurred between the plantation owners and the large number of wage laborers who could not be employed and who also had no access to their own land. The riots culminated in an extensive uprising in 1865.

The depression in the 1930s worsened the situation in what British politician Lloyd George called “the slum of the empire”. The trade union movement developed rapidly with Alexander Bustamante as the leading figure. In 1938, the People’s National Party (PNP) and the Jamaica Labor Party (JLP) were founded, the two parties that then dominated the country’s political scene. During the 1940s, the island’s economic conditions changed through the discovery of large bauxite deposits, which quickly came under the control of North American companies. The country gained internal autonomy in 1959 and was declared independent within the Commonwealth in 1962 with Bustamante (JLP) as prime minister. A PNP government under Michael Manley’s management was noted in 1972–80 for their attempts to initiate a socialist social transformation. Growing economic problems brought the experiment to a halt, and the conservative Edward Seaga could lead the JLP to a major election victory in 1980. However, the country’s problems persisted, and the dissatisfaction with Seaga’s policy brought a now more cautious Manley back to power in 1989.

Manley resigned in 1992 due to illness. His successor and political supporter Percival J. Patterson won an overwhelming election victory in 1993, but resigned in 2005 as party leader and was succeeded by Portia Simpson-Miller, who in March 2006 became Jamaica’s first female prime minister. The party lost the following year’s parliamentary elections and the JLP took over. The election campaign was characterized by political violence but also by Hurricane Dean, who hit the island just days before Election Day.

JLP failed to reverse rising unemployment in the country or improve the economic situation with low or negative growth and high external debt. The high crime rate in the country also remained a serious challenge. In the 2011 election, PNP regained government power and Portia Simpson-Miller became prime minister for a second term. In the 2016 elections, JLP won and Andrew Holness became head of government.

Jamaica is a member of CARICOM (Caribbean Community and Common Market) and, along with several Caribbean states, has agreed with the United States on a common policy to reduce drug trafficking.