El Salvador, together with Honduras, constituted a border area to the south of Mesoamerican high cultures. The development is similar to that of the rest of South Central America, but stone architecture and ceramics in some cases reflect a direct influence of the Olmek and Mayan cultures. 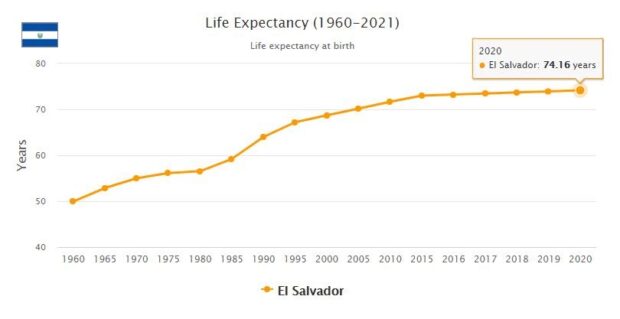 El Salvador was under colonial rule during the Spanish administration in Guatemala. A first rise against the Spanish dominion occurred in 1811, but the final liberation did not come until 1821 in connection with Mexico’s and Guatemala’s break with Spain. The newly won freedom soon degenerated into mutual feuds, affecting the entire Central American area for two decades. All attempts to form a permanent Central American Union failed, and in 1841 El Salvador became an independent republic with Honduran Juan Lindo as the first president. Mutual disputes then alternated with international conflicts, mainly with neighboring countries but also with Britain. In the latter part of the 19th century, coffee became a leading export commodity. The period from the 1880s to 1931 was marked by some political stability with regular changes of president,

The international economic crisis following the stock market crash of 1929 also hit El Salvador, mainly in the form of falling coffee prices, which was the country’s most important source of income. The crisis coincided with growing demands for democracy and social reform. In 1931, for the first time, a free and democratic election won by Arturo Araujo (1878-1967) was held, but was later overthrown by the military later that year. General Maximiliano Hernández Martínez (1882–1966) led the coup and was in effect dictator 1931–44. The coup led to protests and an attempted uprising led by Communist Party leader Farabundo Martí (1893-1932) who was defeated by the military in early 1932. During a month, about 30,000 people were killed, most of them farmers.

Between 1944 and 1972, the country was ruled almost uninterrupted by military junta or controlled by the military. The formation of the Central American Common Market (CACM) in 1960 provided El Salvador with new economic opportunities, and an industrialization process began. However, the war against Honduras in 1969, the so-called football war, put a stop to regional cooperation. New parties and social forces emerged in the struggle for democracy and social justice. The 1972 election should rightly have been won by Partido Demócrata Cristiano (PDC), with José Napoléon Duarte as presidential candidate, but the military’s candidate succeeded thanks to widespread election fraud retaining power.

The protests against the politics and the lack of democracy led to violent clashes during demonstrations. Various leftist organizations joined forces to form guerrilla groups and political polarization grew. In 1979, a reform-friendly military junta took power with a program that promised land reform and respect for human rights and freedoms. However, repression against the protests continued and violence escalated rapidly. Archbishop Óscar Romero, who criticized the abuses and pleaded with the military to stop the repression, was murdered in March 1980 during a mass.

The murder of Romero was carried out by death squads who declared war on all forms of protests. Leaders of trade unions, student organizations and human rights groups were murdered and persecuted. At the end of 1980, several guerrilla groups merged into the Alliance Farabundo Martí para la Liberación Nacional (FMLN), which initiated an uprising to seize power. It was the start of a very bloody civil war that lasted until 1992 and cost around 70,000 people at the same time as 1 million fled the country.

In 1989, the right-wing ARENA (Alianza Republicana Nacionalista) candidate Alfredo Cristiani was elected president. Cristiani launched a program based on liberal reforms to modernize the economy by strengthening the export-oriented private sector.

At the end of 1989, the FMLN launched an offensive across the country, besieging the capital, San Salvador. The guerrilla did not succeed in overthrowing the regime, but peace negotiations were initiated with the support of the UN and a peace agreement was signed in January 1992.

In accordance with the agreement, the army was drastically reduced, a new civilian police force was established and the guerrilla was converted into a political party. Political reforms, land reform and human rights guarantees were also part of the agreement. Both sides of the conflict were guilty of murders, kidnappings and human rights violations during the war and a UN-led Truth Commission was appointed to survey the abuses. According to the UN, the government army and police were responsible for 85 percent of all abuses, while guerrillas were responsible for the remaining 15 percent. In 1993, the government passed an amnesty for all crimes that occurred during the civil war. The amnesty was lifted in 2015 by the country’s highest court.

ARENA continued to dominate the country after the peace agreement, and in 1994 the party’s candidate Armando Calderón (1948–2017) was elected president. Initially, the FMLN had difficulty with the transformation into a political party and there was also a distrust of them after the war. In 1997, however, the FMLN succeeded in becoming equal with the ARENA in parliament and winning the mayoral election in San Salvador.

Repairing the country’s destroyed infrastructure after the war required considerable resources and many reforms promised in the peace treaty failed at the same time as economic growth was very weak. Poverty and social problems persisted and crime increased in avalanche. In addition, in the late 1990s, all of Central America was hit by a hurricane that led to many casualties and destruction of the infrastructure recently repaired after the war. In 2001, El Salvador was shaken by a powerful earthquake, which again led to extensive material damage, thousands of dead and 1 million homeless.

ARENA won the 1999 presidential election with candidate Francisco Flores. In 2001, the domestic currency was abandoned in favor of the US dollar in an attempt to create better conditions for economic growth. In 2004, ARENA again won the presidential election through candidate Antonio Saca, while the FMLN won a majority of the members of parliament.

Ahead of the 2009 election, the FMLN appointed popular TV journalist Maurício Funes as the party’s presidential candidate. Funes had no connection to FMLN’s armed history, which was a problem for the party. In March 2009, FMLN and Funes took a historic victory in winning the presidential election and El Salvador got its first left president. Funes, who has not been a member of the FMLN before, wanted to pursue a cautious reformist policy but quickly came into conflict with the more radical groups in the party and had to push through his proposals several times with the support of the right-wing parties in parliament.

Funes distanced himself from Venezuela’s leader Hugo Chávez, saying he preferred the policies of Brazil’s first left-wing president Lula da Silva. He maintained good relations with the United States, which is the country’s most important trading partner, but also restored diplomatic relations with Cuba.

The government prioritized social reforms and investments in education and health care. Funes also resumed work to reach reconciliation in the country and to settle the legacy of the civil war. The government launched a new investigation into the assassination of Archbishop Óscar Romero in 1980, and as president gave Fune’s official apologies for the assassination of Romero and for human rights violations that took place during the war.

The election loss in 2009 marked the end of ARENA’s political dominance; the party had held the presidential post for 20 years. This resulted in an internal crisis. The party split when a group of MPs jumped off and formed a new party, Gran Alianza por la Unidad Nacional (GANA), led by former President Antonio Saca. However, in the 2012 election, ARENA retained the majority in parliament and won the politically important mayoral post in the capital, San Salvador.

In the January 2014 presidential election, ARENA lined up with Norman Quijano (born 1946), former mayor of the capital, as a candidate while the FMLN launched Salvador Sánchez Cerén (born 1944), former leader of one of the guerrilla groups in the FMLN during the Civil War. These two candidates went on to a second round of elections in March. The electoral authority carried out several calculations before determining that Sánchez Cerén won by approximately 7,000 votes, a margin of 0.22 percent. ARENA claimed that there were electoral fraud and manipulation of the vote, but after a few weeks of political crisis the party chose to acknowledge Sanchez Cerén’s victory.

Sánchez Cerén’s time as president was marked by increased violence from the youth gang, maras, stagnant economy and continued great emigration. Both the presidential and party popularity fell steadily and in the 2015 parliamentary and local elections, ARENA received the most votes. However, the FMLN managed to win the mayor post in the capital through the young Nayib Bukele.

In early 2016, it passed away before President Francisco Flores in a brain haemorrhage. Flores, who ruled the country from 1999 to 2004, was placed under house arrest accused of corruption during his time as president. The same year, the two presidents who came after Flores were accused of corruption and both Antonio Sacaand Mauricio Funes was brought to trial. Saca was sentenced to ten years in prison for fraud for several years, while Funes was sentenced to repay money from the state, but he had then moved to neighboring Nicaragua and received asylum there.

The judgments against the former presidents caused a growing part of the population to lose faith in the traditional political parties and many feared that organized crime had managed to infiltrate the parties through corruption by the leaders. The ruling party FMLN lost most and in the 2018 parliamentary elections they backed from 31 to 23 seats.

The FMLN also lost one of its most popular politicians when Nayib Bukele was excluded from the party, accused of lack of discipline. Bukele started his own political movement, Nueva’s Ideas (“New Ideas”), which grew rapidly and was seen by many as a necessary alternative to the corrupt parties that have ruled the country since the peace agreement. Bukele did not have time to register his movement as a party ahead of the 2019 presidential election and eventually stood as a candidate for GANA. However, early on, Bukele made it clear that he mainly represented his own movement and had little contact with the party. With promises to put an end to corruption and boost the economy through investment in education, he won the election with 53 percent of the vote already in the first round of elections.