The archipelago was uninhabited when it was discovered by the Portuguese in 1460. In 1462, the Portuguese settled on the island of São Tiago and founded the city of Ribeira Grande (not to be confused with the modern city of the same name, on Santo Antão). The slave trade gave the city prosperity, but it was abandoned in 1712 after a French attack. The decline in the slave trade from the mid-19th century hit Cape Verde, which also had a corrupt regime and was often subject to drought and famine disasters. The shipping of the Atlantic in the late 1800s gave Cape Verde some boost. In 1879, the Portuguese colonial administration with the Portuguese Guinea (Guinea-Bissau) was abolished. A decline in shipping during the interwar period only turned after the Second World War. In 1951, Cape Verde gained a position as an overseas Portuguese province. Under the direction ofAmílcar Cabral’s Marxist Party Partido Africano da Independência da Guiné e Cabo Verde (PAIGC) began armed resistance against the Portuguese in 1956.

Cape Verde gained independence July 5, 1975 with Aristides Pereira as the country’s first president. In 1981, Cape Verde broke the alliance with Guinea-Bissau, and the Unity Party Partido Africano da Independentia de Cabo Verde (PAICV) was formed. In 1990, multi-party systems were introduced, and the opposition party Movimento para a Democracia (MPD) won a big election victory in 1991. That same year, Pereira lost the presidential post to the leader of the MPD, António Mascarenhas Monteiro. Monteiro was re-elected president in February 1996 without opposition for another five years. In the elections to the National Assembly in 1995, MPD won.

From 1991, Cape Verde’s politically strong man was Prime Minister Carlos Veiga (MPD). He resigned in 2000 to run for office in the presidential election the following year. By then, MPD had already been shaken by adversity in municipal elections, and the electoral flight continued in both the parliamentary and presidential elections in 2001. PAICV won the parliamentary election and its presidential candidate, former Prime Minister Pedro Pires, won the presidential election by a very small margin. Pires was re-elected in 2006, when he again defeated Veiga, and PAICV retained its own majority in parliament. During Pier’s time as president, major investments were made in infrastructure; Among other things, several airports were built, which has contributed to the tourism industry continuing to grow. However, unemployment has remained high with continued emigration as one of the consequences.

In 2011, Pires resigned after sitting for the two permitted terms of office. PAICV again won the parliamentary election, but the party’s presidential candidate, Manuel Inocêncio Sousa, lost to former Foreign Minister Jorge Carlos Fonseca, who got 54 percent of the vote in the second round. The president then represented a party that was in opposition position in parliament. In 2016, however, the MPD resumed its position as the largest party in Parliament and in the same year Fonseca was re-elected with 74 percent of the vote in an election where PAICV did not stand with any candidate and the turnout was only 35 percent. 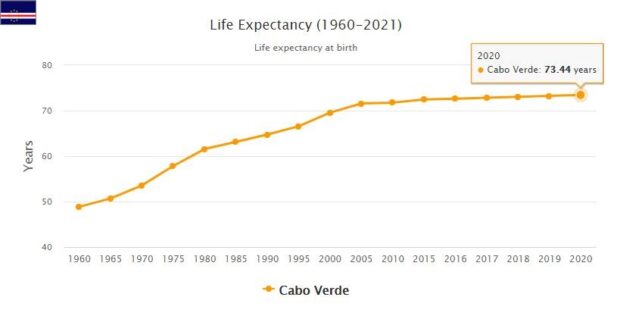